One way to measure a country’s Value-Added Tax base is the VAT revenue ratio. This ratio looks at the difference between the VAT revenue actually collected and collectable VAT revenue under a VAT that was applied at the standard rate on all final consumption. The difference in actual and potential VAT revenues is due to 1) policy choices to exempt certain goods and services from VAT or tax them at a reduced rate, and 2) lacking VAT compliance.

For example, a VAT revenue ratio of 1 would mean that a country levies its standard VAT rate on all final consumption and there is no VAT evasion or avoidance. In other words, it would be an indicator that there is no revenue loss as a consequence of exemptions and reduced rates, fraud, evasion, and tax planning. From an efficiency standpoint, a country’s VAT revenue ratio should ideally be close to 1. 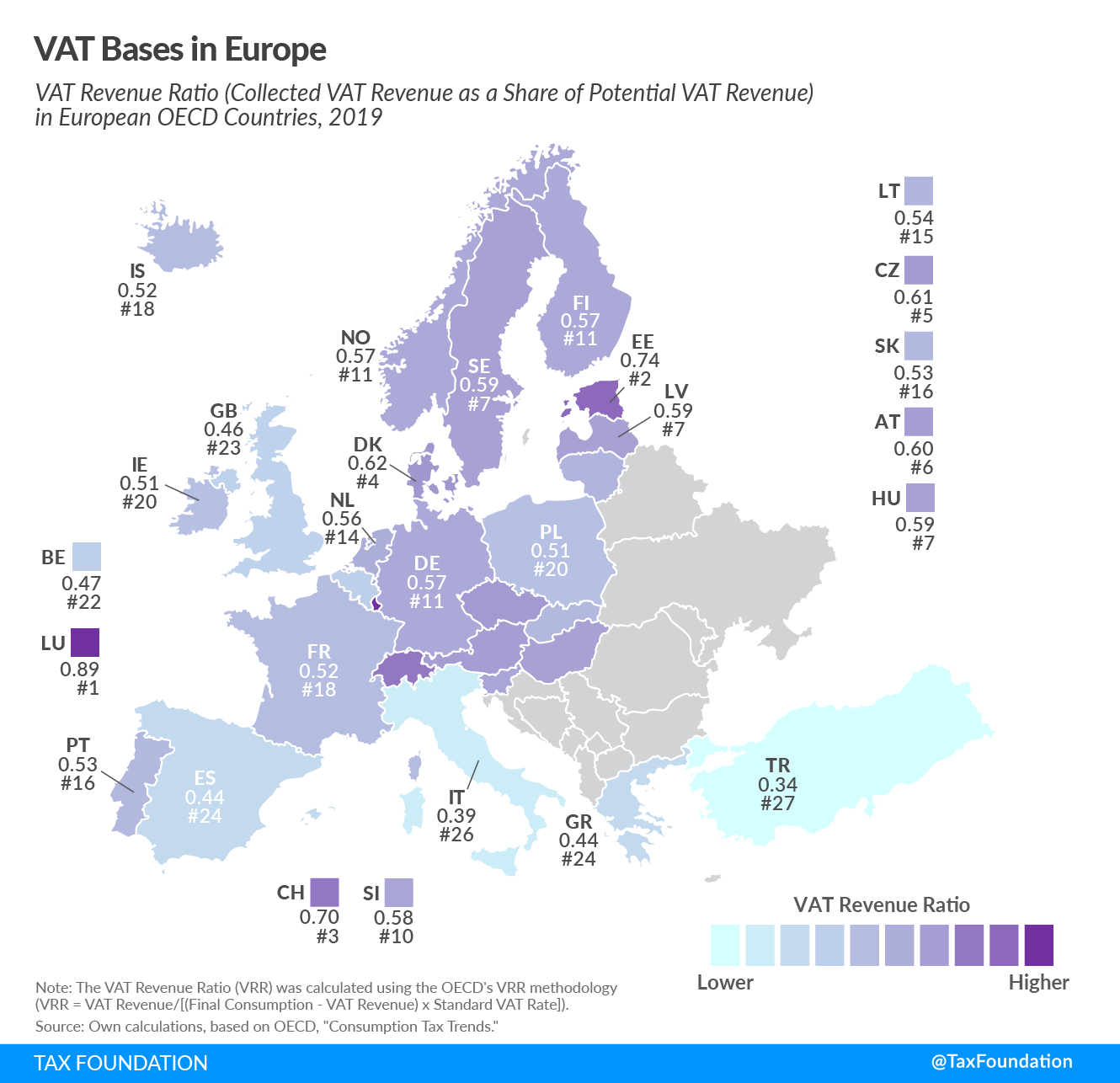 Typically—and importantly, given the economic and revenue challenges arising from COVID-19—a broad VAT base and thus a relatively heavy reliance on VAT revenue can help stabilize total tax revenues during an economic crisis. During the Great Recession, consumption tax revenue remained relatively stable (VAT revenue accounts on average for two-thirds of consumption tax revenues in European OECD countries), while revenue from other types of taxes—such as corporate and individual income taxes—decreased significantly.

This crisis is somewhat different as the imposed economic shutdown has caused sharp declines in consumption and thus VAT revenues. However, as economic activity resumes and the task of accounting for the deficits incurred in navigating the crisis of the past year becomes the focus of fiscal policy deliberations, a greater reliance on VAT could be an important tool in ensuring fiscal stability going forward. Countries should use this as an opportunity to improve VAT systems by re-examining carveouts in the form of exemptions and reduced rates. The VAT revenue ratios shown in today’s map suggest that there remains significant potential for raising additional tax revenues by improving VAT systems’ performance.