Corporate tax revenues dropped $67 billion following the TCJA, from $297 billion in 2017 to $230 billion in 2019. However, over that period, corporate investment increased by $198 billion, nearly three times as much as the loss in revenues. While a simple comparison of pre- and post-TCJA trends cannot definitively prove that the tax reform led to the increased investments, it is consistent with empirical evidence and basic economic theory that predicts investment increases when after-tax return on investment increases. Certainly, other non-tax factors come into play—e.g., deregulation may have added to investment and the trade war may have subtracted from investment—but tax changes should not be dismissed as a major factor driving investment decisions. 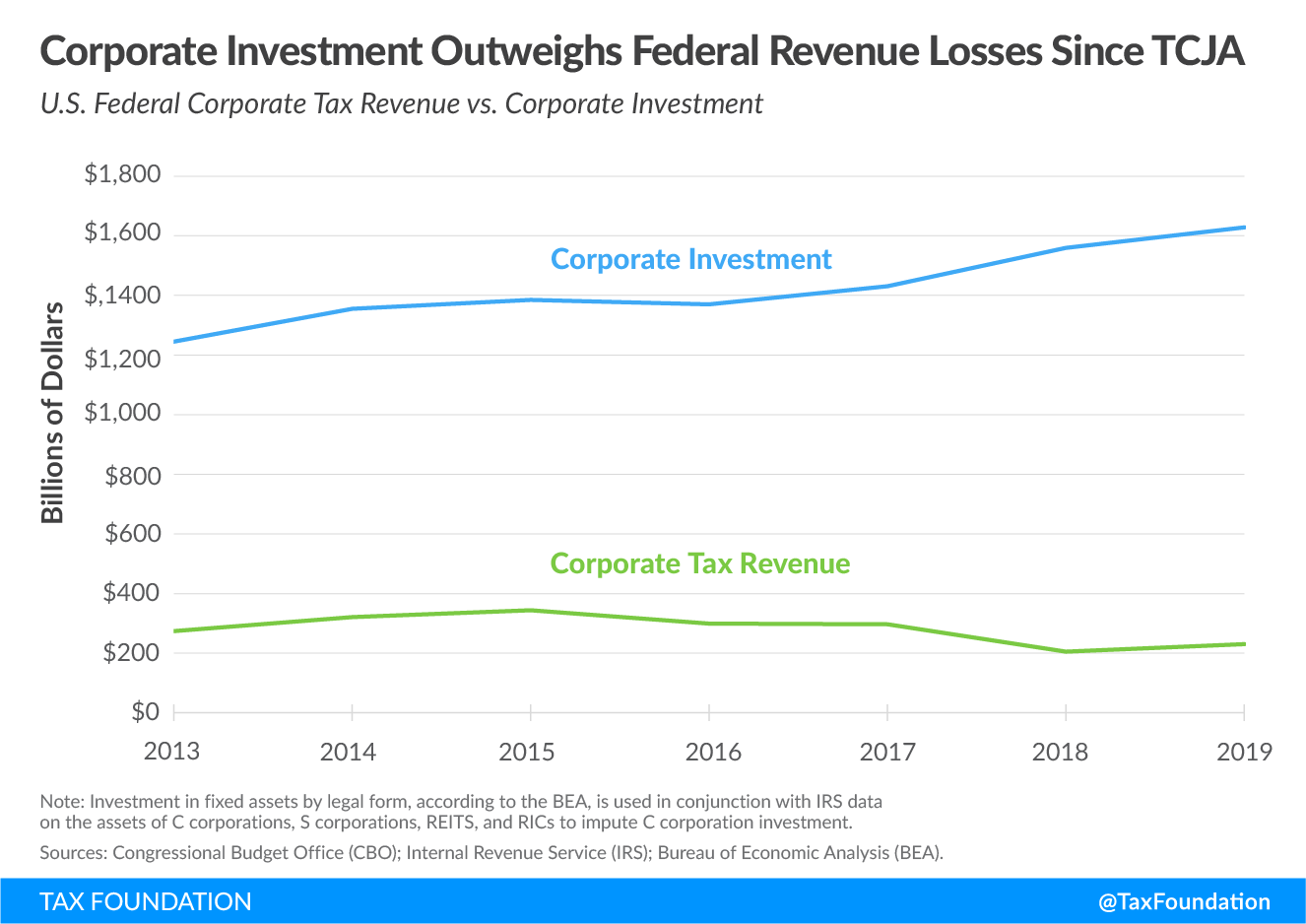 Indeed, the Congressional Budget Office (CBO) found that the effects of the TCJA would “include higher levels of investment, employment, and gross domestic product (GDP).” The actual effects in 2018 exceeded CBO’s forecasts, both pre- and post-TCJA. CBO forecasted in June 2017, prior to passage of the TCJA, that real nonresidential fixed investment would grow by an average of 3.6 percent in 2018, but it actually grew 6.9 percent that year, even exceeding the CBO’s April 2018 forecast of a 5.8 percent increase.

There are legitimate reasons to be concerned about generating sufficient revenue to fund new government investments. But the historical record thus far, as well as economic theory, warns against funding those investments with corporate tax increases.