(Significant parts of Alaska have no property taxes, though most of these areas have such small populations that they are excluded from federal surveys.)

The next-lowest median property tax of $201 is found in Avoyelles Parish, near the middle of Louisiana, followed by $221 in McDowell County, West Virginia, at the southernmost part of the state.

The six counties with the highest median property tax payments all have bills exceeding $10,000—Bergen, Essex, and Union Counties in New Jersey, and Nassau, Rockland, and Westchester counties in New York. All six are near New York City, as is the next highest, Passaic County, New Jersey ($9,881).

Where Do People Pay the Most in Property Taxes?

Reliance on property taxes also varies within states. In Georgia, for example, where the median property tax bill is relatively low, median taxes range from $494 in Quitman County (near the Alabama border in the southern part of the state) to $3,060 in Fulton County (a suburb of Atlanta). This is typical among states; higher median payments tend to be concentrated in urban areas. This can be partially explained by the prevalence of above-average home prices in urban cities. Because property taxes are assessed as a percentage of home values, it follows that higher property taxes are paid in places with higher housing prices.

While no taxpayers in high-tax jurisdictions will be celebrating their yearly payments, it’s worth noting that property taxes are largely rooted in the “benefit principle” of government finance: the people paying the bills are most often the ones benefiting from the services. 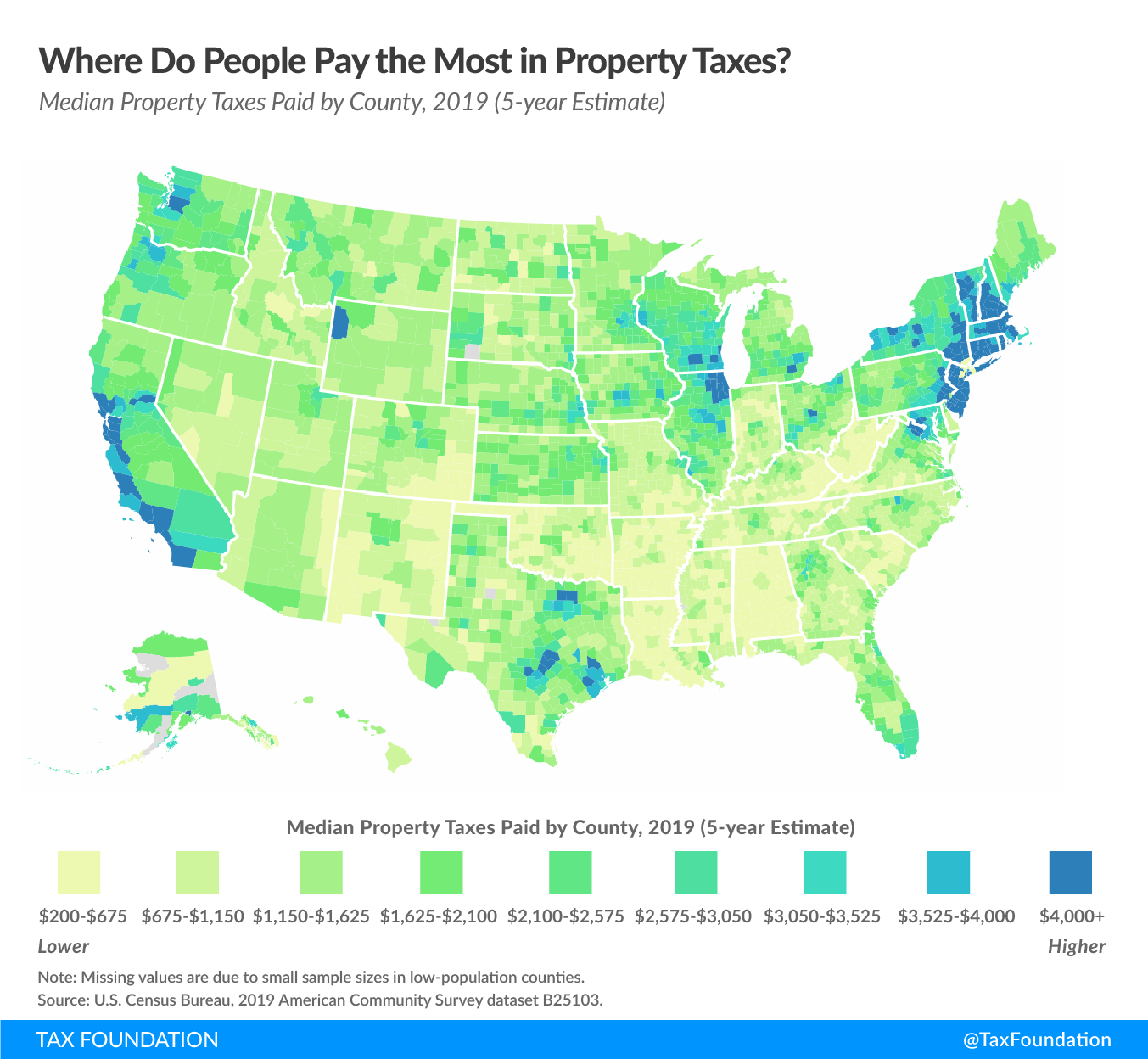