Of all alcoholic beverages subject to taxation, stiff drinks—and all distilled spirits—face the stiffest tax rates. Ostensibly, this is because distilled spirits (liquor) have higher alcohol content than the other categories, like wine and beer. This round of information is on us, so help yourself to the following map to see whether you’re shaken or stirred by how your state’s distilled spirits taxes compare with the rest of the nation. 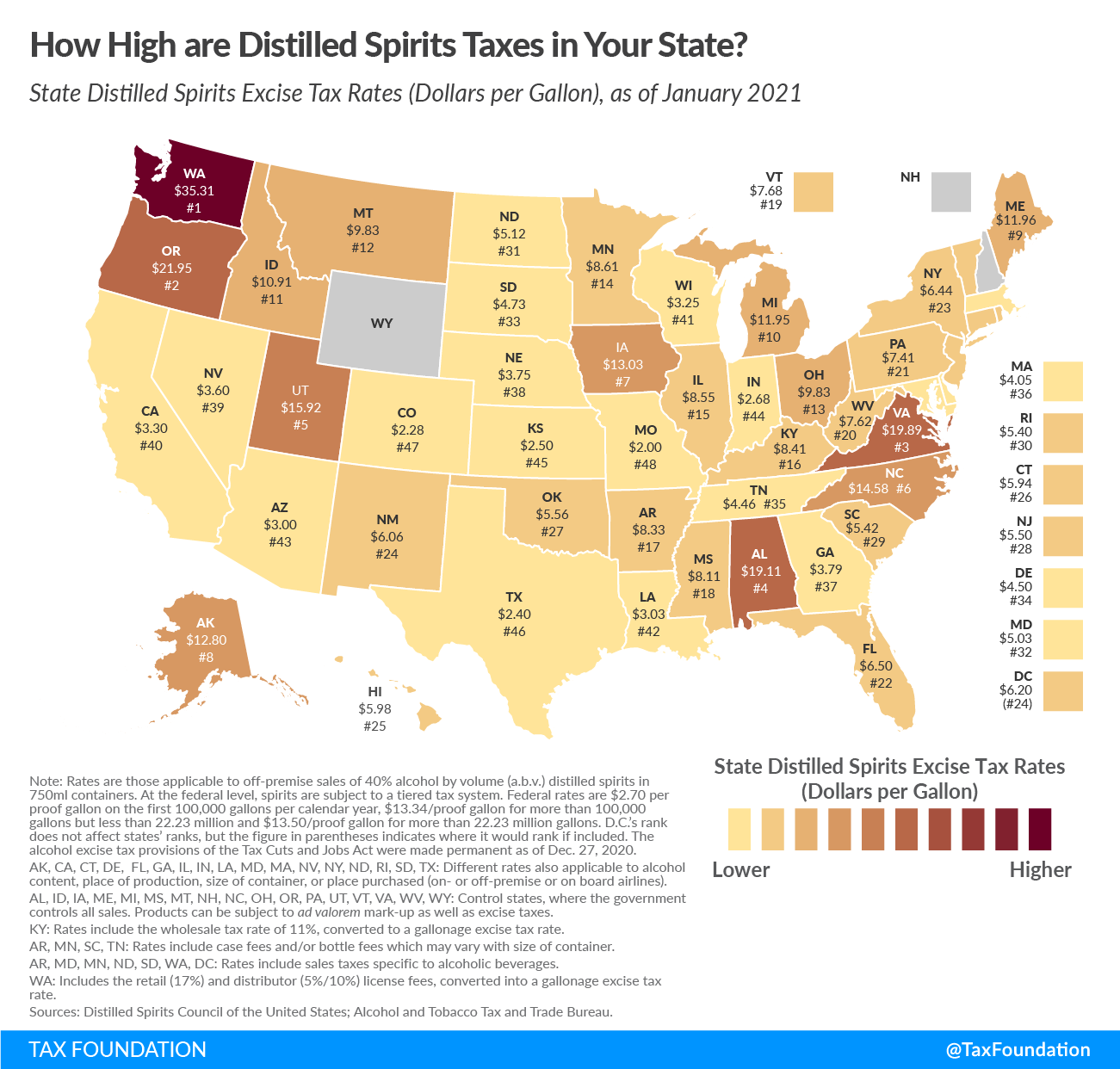 Data for this map comes from the Distilled Spirits Council of the United States (DISCUS). To allow for comparability across states, DISCUS uses a methodology that calculates implied excise tax rates in those states with government monopoly sales.

In this category, Washington state has a huge lead on the rest of the states with an excise tax rate on distilled spirits of $35.31 per gallon. The Evergreen State is followed by Oregon ($21.95), Virginia ($19.89), Alabama ($19.11), and Utah ($15.92). Distilled spirits are taxed the least in Wyoming and New Hampshire. These two control states gain revenue directly from alcohol sales through government-run stores and have set prices low enough that they are comparable to buying spirits without taxes. Missouri taxes are the next lightest at $2.00 a gallon, followed by Colorado ($2.28), Texas ($2.40), and Kansas ($2.50).

Like many excise taxes, the treatment of spirits varies widely across the states. Spirits excise rates may include a wholesale tax rate converted to a gallonage excise tax rate; case and/or bottle fees, which can vary based on size of container; retail and distributor license fees, converted into a gallonage excise tax rate; as well as additional sales taxes. (Note that this map does not include a state’s general sales tax, only taxes in excess of the general sales tax rate.)

Distilled spirits tax rates may also differ within states according to alcohol content, place of production, or place purchased (such as on- or off-premises or onboard airlines).