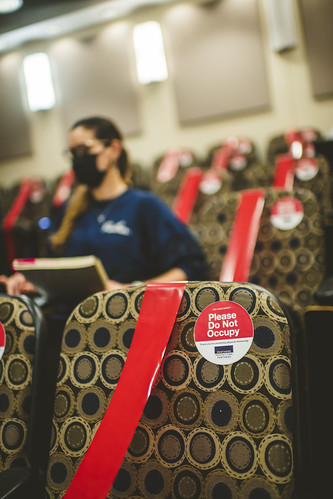 Each year, the IRS lists various scams taxpayers get caught up in. The top 2005 scams include several that manipulate laws governing charitable groups, abuse credit counseling services or rely on refuted arguments to claim tax exemptions. The agency is warning taxpayers about the growth of identity theft schemes with some particularly bold thieves even pretending to be IRS agents.

1. Credit Counseling. The IRS warns taxpayers to be careful with credit counseling organizations that claim they can fix credit ratings, promote debt payment agreements or charge high fees, monthly service charges or mandatory “contributions” that may add to debt. The IRS Tax Exempt and Government Entities Division has made auditing credit counseling organizations a priority because some of these tax-exempt organizations, which are intended to provide education to low-income customers with debt problems, are charging debtors large fees, while providing little or no counseling.

2. Identity Theft. It pays to be choosy when it comes to disclosing personal information. Identity thieves have used stolen personal data to access financial accounts, run up charges on credit cards and apply for new loans. The IRS is aware of several identity theft scams involving taxes. In one case, fraudsters sent bank customers fictitious correspondence and IRS forms in an attempt to trick them into disclosing their personal financial data. In another, abusive tax preparers used clients’ Social Security numbers and other information to file false tax returns without the clients’ knowledge. Sometimes scammers pose as the IRS itself. Last year the IRS shut down a scheme in which perpetrators used e-mail to announce to unsuspecting taxpayers that they were “under audit” and could set matters right by divulging sensitive financial information on an official-looking Web site. Taxpayers should note the IRS does not use e-mail to contact them about issues related to their accounts.

3.”Claim of Right” Doctrine. In this scheme, a taxpayer files a return and attempts to take a deduction equal to the entire amount of his or her wages. The promoter advises the taxpayer to label the deduction as “a necessary expense for the production of income” or “compensation for personal services actually rendered.” This so-called deduction is based on a misinterpretation of the Internal Revenue Code and has no basis in law.

4. “No Gain” Deduction. – Taxpayers attempt to eliminate their entire adjusted gross income (AGI) by deducting it on Schedule A. The filer lists their AGI under the Schedule A section labeled “Other Miscellaneous Deductions” and attaches a statement referring to court documents and including the words “No Gain Realized.”

5. Corporation Sole. Participants apply for incorporation under the pretext of being a “bishop” or “overseer” of a one-person, phony religious organization or society with the idea that this entitles the individual to exemption from federal income taxes as a nonprofit, religious organization. When used as intended, Corporation Sole statutes enable religious leaders to separate themselves legally from the control and ownership of church assets. But the rules have been twisted at seminars where taxpayers are charged fees of $1,000 or more and incorrectly told that Corporation Sole laws provide a “legal” way to escape paying federal income taxes, child support and other personal debts.

7. Zero Return. Promoters instruct taxpayers to enter all zeros on their federal income tax filings. In a twist on this scheme, filers enter zero income, report their withholding and then write “nunc pro tunc”–– Latin for “now for then”––on the return. The IRS takes a very poor view of this tactic.

8. Employment Tax Evasion. The IRS has seen a number of illegal schemes that instruct employers not to withhold federal income tax or other employment taxes from wages paid to their employees. Such advice is based on an incorrect interpretation of Section 861 and other parts of the tax law and has been refuted in court. Recent cases have resulted in criminal convictions, and the courts have issued injunctions against more than a dozen persons ordering them to stop promoting the scheme. Employer participants can also be held responsible for back payments of employment taxes, plus penalties and interest. It is worth noting that employees who have nothing withheld from their wages are still responsible for payment of their personal taxes. The employees, however, can sue their employer for damages.

Inappropriate tax schemes come and go, so the 2005 list is fairly standard stuff with one exception. The spread of identity theft schemes is troubling, particularly when thieves pretend to act as IRS agents. The IRS does not contact people by email, so don’t fall for the scam. Be careful out there.