Inheritance tax dates to the Roman Empire, which collected 5 percent of inherited property to pay soldiers’ pensions. Today, the practice is widespread.

Countries typically charge only estate or inheritance tax. However, estates can be double-taxed if they fall under two jurisdictions that apply different taxes. For this reason, European Union member states have installed mechanisms intended to prevent or relieve double-taxation if such a situation occurs. 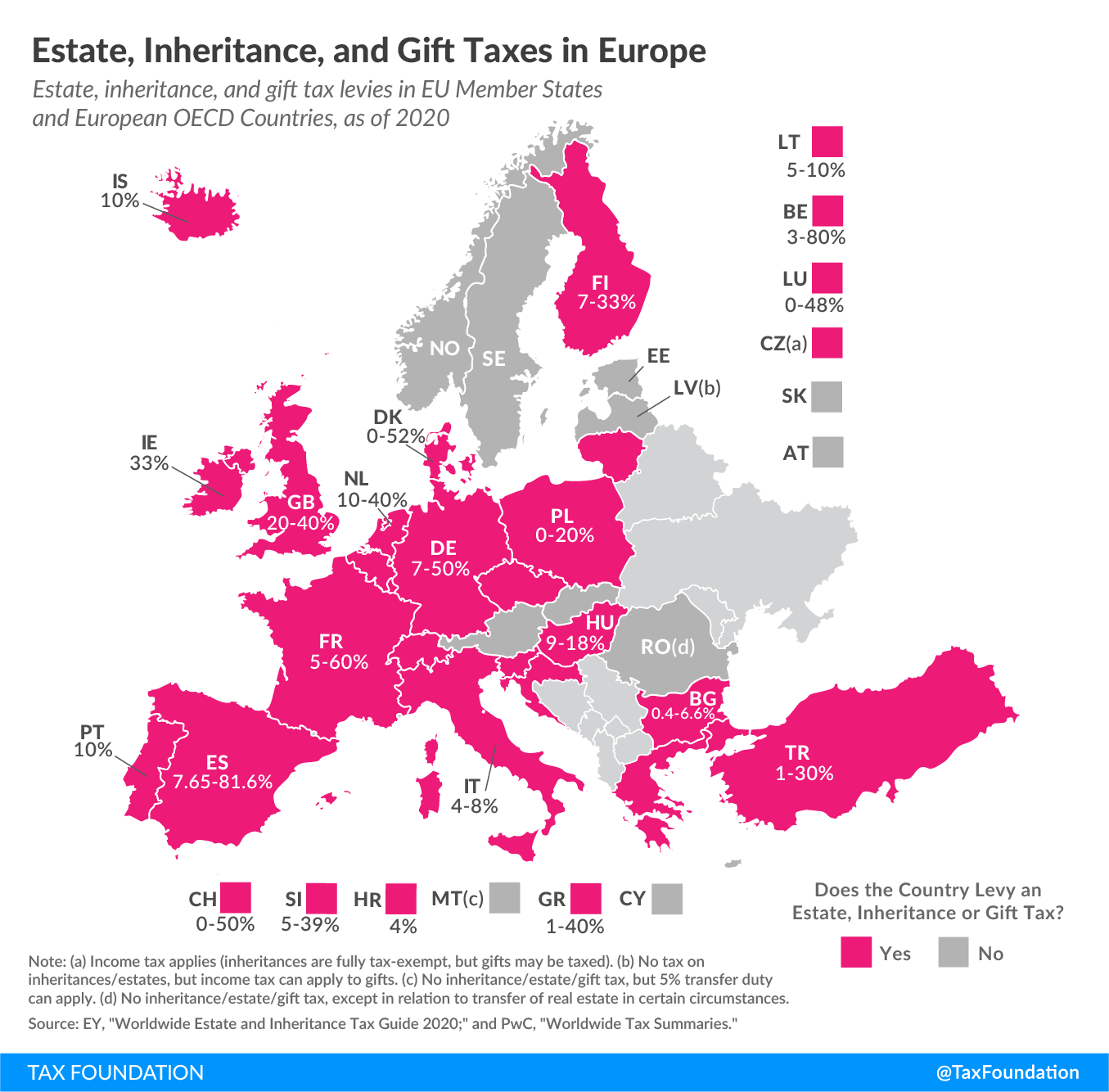 The tax rates applied to estates, inheritances, and gifts often depend on the level of familial closeness to the inheritor as well as the amount to be inherited. For example, in France, different rates are applied to transfers to ascendants and descendants, transfer between siblings, blood relatives up to the fourth degree, and everyone else. For transfers to ascendants and descendants as well as between siblings, higher rates are applied to larger sums of money.

In some countries, such as Belgium or Switzerland, estate, gift, and inheritance tax rates also vary by region. Most European countries do not tax transfers below a certain amount.