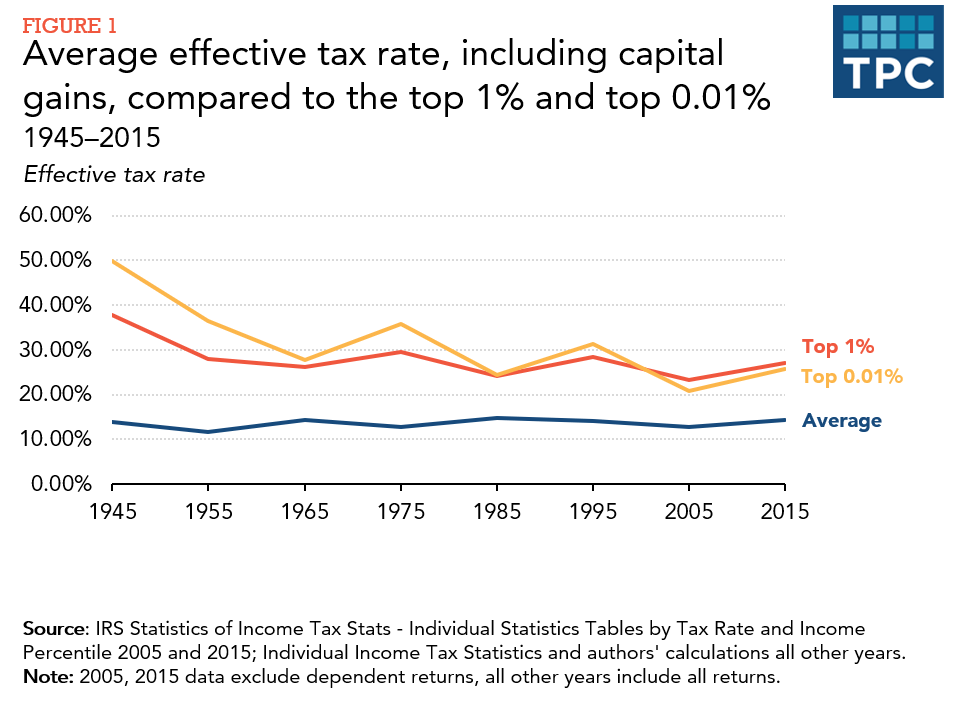 By contrast, average effective tax rates across all taxpayers were remarkably stable throughout the 1945 to 2015 period, and only varied between 12 and 15 percent. Adding untaxed capital gains back to income barely affects average effective tax rates because capital gains are disproportionately earned by higher-income individuals and represent less than 10 percent of income for people in the bottom 80 percent of the income distribution.

Our new analysis updates and revises calculations we made in 2019. But that study did not fully include all capital gains for the years before 1990. The problem: We implicitly assumed that adjusted gross income (AGI) is a relatively stable measure of income over time. However, because Congress changed the way it treated the taxation of capital gains—from various exclusions before 1986 to lower tax rates after 1991—only part of capital gains counted towards AGI before the Tax Reform Act of 1986.  From  1986 through  1991, all capital gains were taxed at the same rate as ordinary income. Since 1992, long-term gains have been taxed at rates well below ordinary income. Properly accounting for capital gains lowered the effective tax rates for the top 1 percent by up to 6 percentage points (Figure 2). 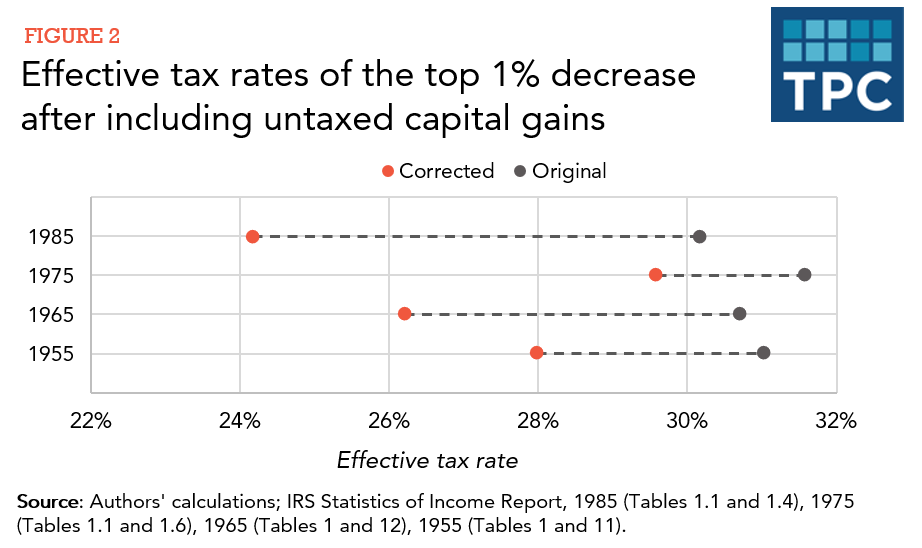 Debates over measuring effective tax rates have been lively because measuring taxes and incomes is complex and involves judgement calls (and the political stakes are high.) We applied a simple and replicable method to a single, publicly available source of data to estimate the effective tax rates of high-income taxpayers that avoids making assumptions about grey areas like unrealized capital gains and corporate tax burdens. As our mis-step shows, even in the simplest cases, errors are possible. But  using our method, effective tax rates on high-income taxpayers are lower now than in the past.