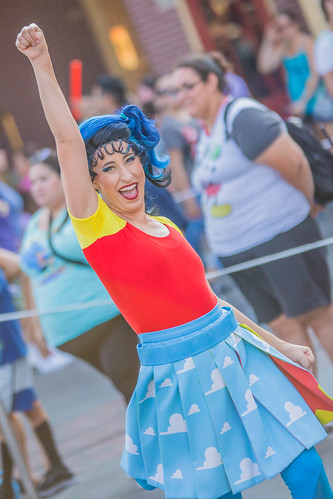 Apartment owners can face staggering expenses to maintain apartment communities. The upkeep of even a modest community could involve groundskeeping, unit renovation, and replacements, such as parking lot asphalt and fencing. Another steep expense is federal income tax – and in some areas an additional state tax on income – but through an innovative study known as cost segregation, the depreciation of property components can be used to help lower federal taxes.

Today, more apartment investors, especially those whose occupancy rates are challenged by the nation’s single-family housing, are taking a close look at every possible avenue to lower costs. That’s a frustrating task in the apartment business. One historically underused technique for saving money, in this case saving taxes, is to ensure that all depreciable items are reflected accurately on tax returns.

Those items are not limited to copiers, automobiles and heavy equipment. The list extends to a wide range of buildings and improvements. In fact, the IRS recognizes 130 items that depreciate over much shorter time periods than the standard depreciation of 27.5 years for an apartment community. Many of those items, such as parking surfaces, landscaping and even certain wall coverings, are present in large proportions on typical apartment communities.

A cost segregation analysis, when reflected on deprecation schedules, reduces taxable income now and also defers taxes on capital gain amounts until the community is sold. At that time, the recapture of taxes on the extra depreciation taken can occur at a much lower rate than the 35 percent max tax rate that was avoided with the extra losses.

Don’t forget the time value of money by deferring that inevitable tax by a few years. In light of the 130 IRS-identified “short life” items, this conservative tax-planning tool can help apartment owners allocate more costs to five-year, seven-year, 15-year and 27.5-year improvements versus the land value on apartment communities.

Apartment communities, according to IRS rules, depreciate over the course of 27.5 years. This is 10 years less than the depreciation estimated for office, retail and industrial properties, which equal quicker savings for apartment community owners. Items that are found in every apartment, such as carpet, linoleum, window treatments and appliances, are categorized as five-year items, meaning that they are typically replaced after five years of use.

Wide Range of Applications
Whether the community was recently purchased, has been owned for a while or is on the market to be sold, a cost segregation analysis can help at any stage of ownership by reducing federal income taxes and showing future depreciation. The optimum time to do this is preferably as soon as ownership is taken, whether the property was bought or built. Any commercial property built after Dec. 31, 1986, is eligible, and there are “catch-up provisions” to accommodate higher savings in the first year when a cost segregation study is completed for communities that have been owned for several years.

Communities of all sizes can benefit, from small communities of fewer than 10 apartments to communities that span several city blocks. If the property has an assessed value of at least $200,000, the cost segregation evaluation can almost always produce substantial federal income tax savings.

Preparing for a Study
A small amount of an owner’s time is required when working with a consulting firm that specializes in cost segregation. And it is advisable for the owner’s CPA or tax accountant to collaborate with the consultant, ensuring the most advantageous application for that owner’s particular financial circumstances.

The original purchase price of the apartment community is the cost basis, so owners receive savings on their initial investment, as well as on improvements. With research that is both quantitative (square footage of asphalt, pavement, ect., or quantities of wall or window coverings, ect.) and qualitative (judgment of remaining life) a specialized analysis and calculation is conducted before a report is issued. This report becomes the backup documentation for federal income tax returns.