A centerpiece of House Democrats’ reconciliation proposal is an increase in the corporate tax rate, from 21 percent to 26.5 percent.

The corporate income tax is among the most economically harmful ways to raise revenue. Higher corporate taxes reduce output, productivity, and wages in the long run, while making the United States less competitive. And a federal tax rate of 26.5 percent does not tell the full story, because most U.S. states impose their own corporate income taxes. 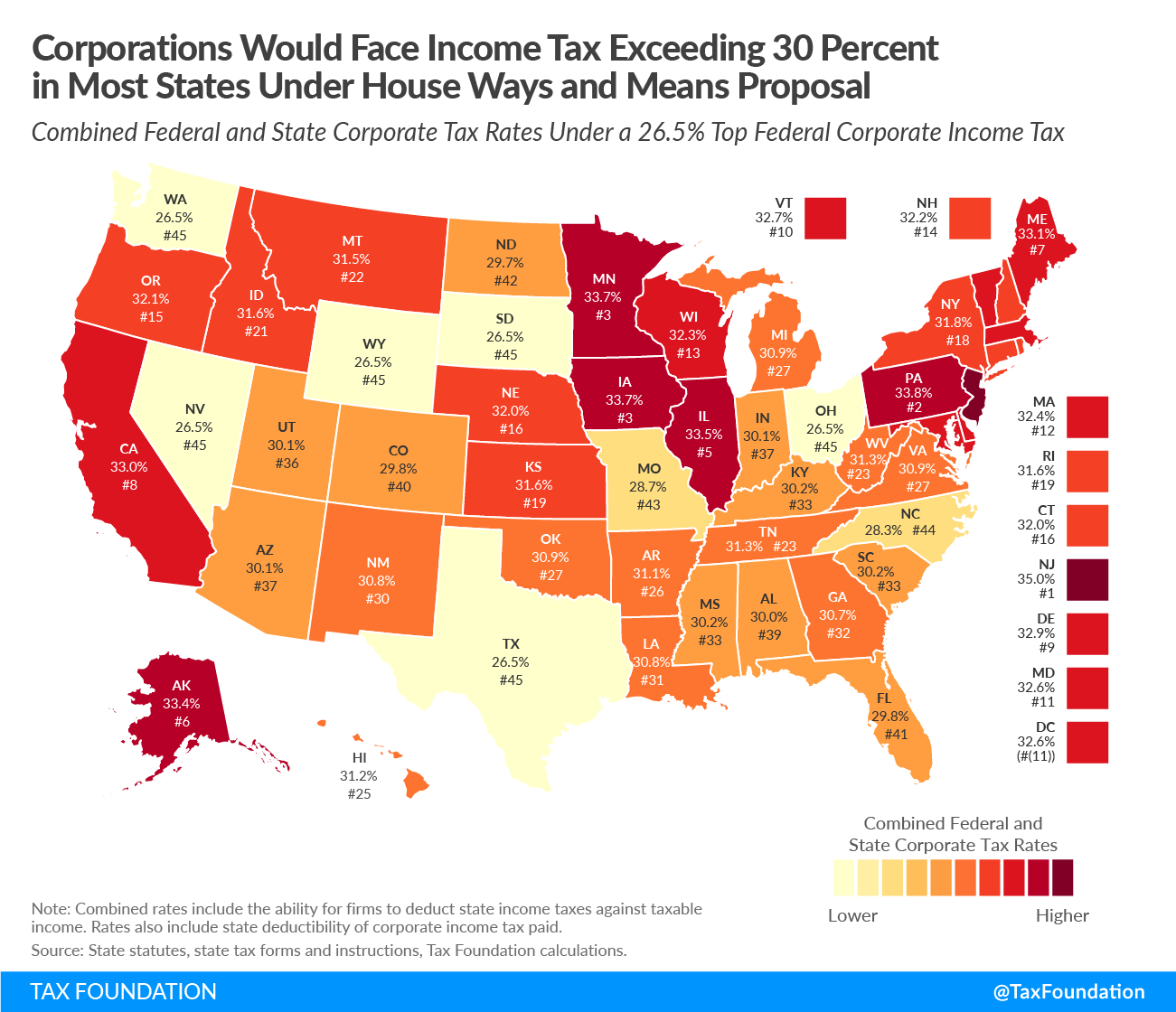