Taxing wealthy individuals and corporations while improving tax enforcement is one of the main themes in the Biden administration’s tax agenda, but raising the corporate tax rate to 28 percent (as in the American Jobs Plan) complicates enforcement efforts by encouraging businesses to form as pass-through firms that tend to have lower rates of tax compliance.

The tax gap is the difference between the amount of taxes legally owed and the amount actually paid. Most estimates of the tax gap suggest that it is about 15 percent of the amount legally owed. An IRS analysis of data from 2011 to 2013 found that the net tax gap was $381 billion. A more recent study, from economists Natasha Sarin and Larry Summers, estimated that the tax gap in 2020 was around $630 billion, after adjusting for income growth and inflation.

It’s important to understand the sources of the tax gap when considering how to improve tax enforcement. There’s a popular misconception that corporations are the main perpetrators of tax evasion in the United States. In reality, compliance with the corporate income tax is relatively high: according to the IRS’s analysis, the gap between taxes owed and taxes paid for the corporate income tax was 11 percent, lower than the overall tax gap of 15 percent. 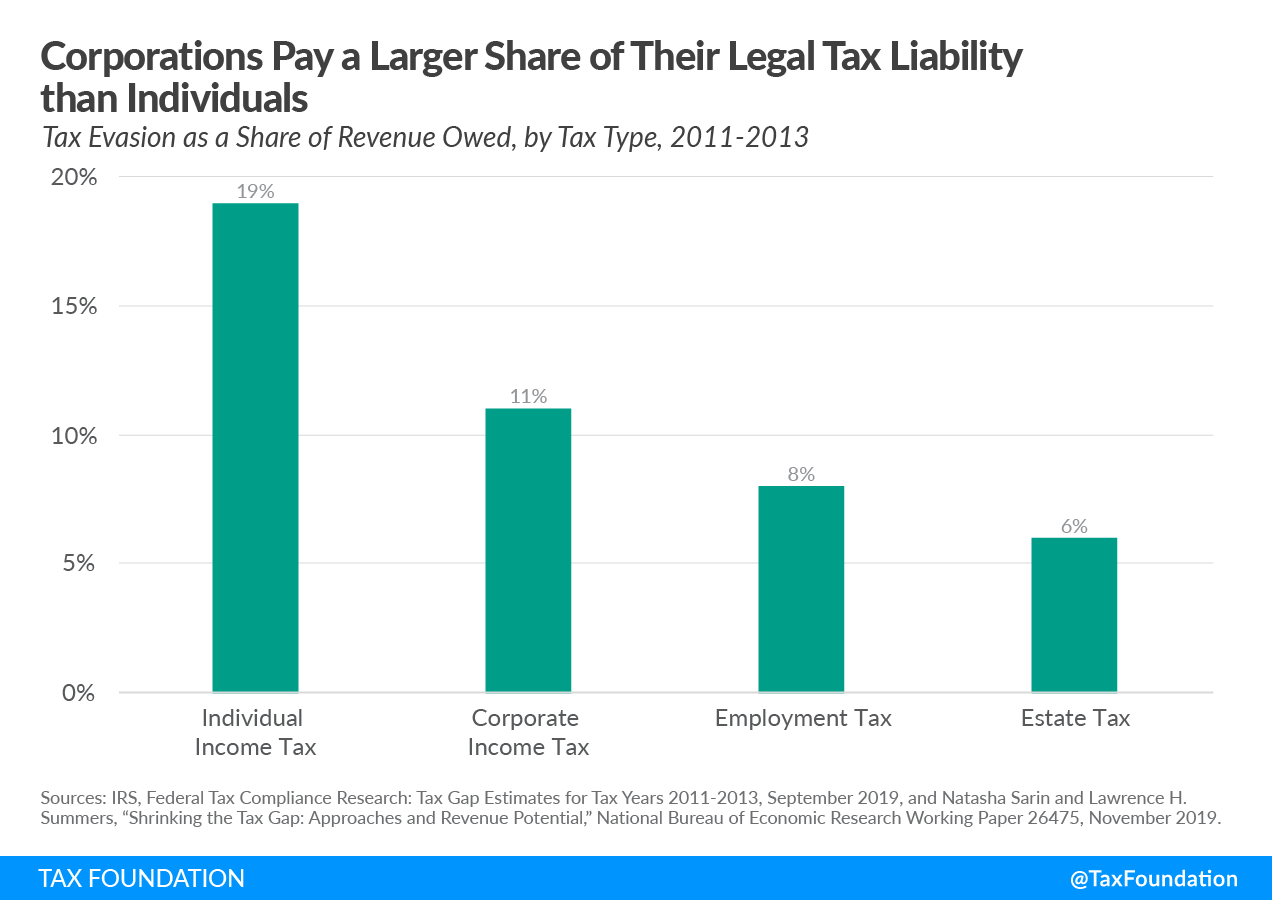 Instead, the tax with the highest evasion rates is the individual income tax. And income tax evasion mostly occurs on income subject to few reporting requirements. That includes many forms of business income, particularly income earned through pass-through businesses. 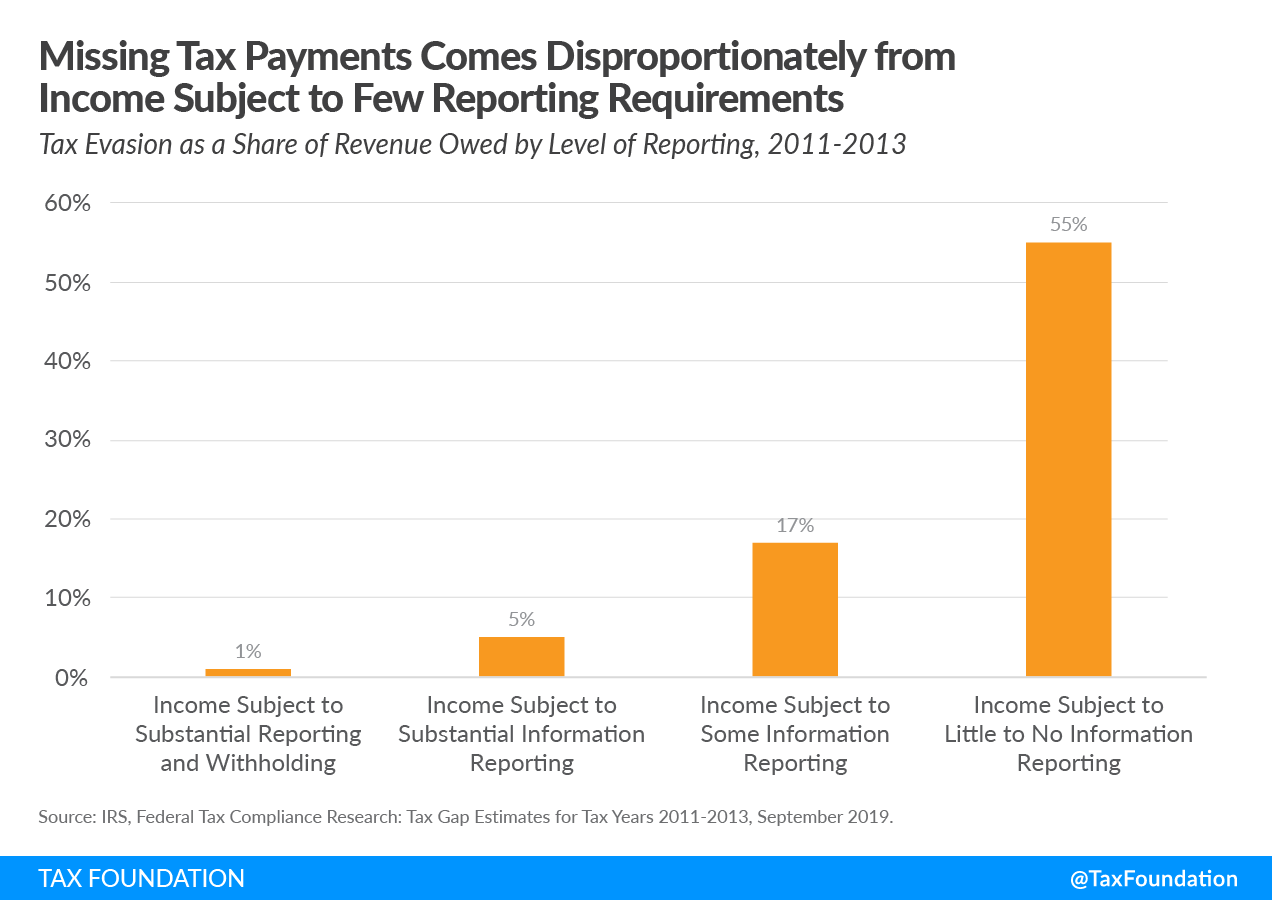 Pass-throughs have grown dramatically as a share of U.S. businesses since 1980. As tax experts Donald Schneider and Kyle Pomerleau wrote recently for Bloomberg Tax, the main reason the U.S. has had comparatively low corporate tax revenue as a share of GDP is that more businesses in the U.S. are constructed as pass-throughs.

By lowering the corporate rate to 21 percent, the Tax Cuts and Jobs Act (TCJA) of 2017 helped reduce these incentives. The TCJA also introduced a new provision for pass-through businesses, Section 199A, allowing people to deduct up to 20 percent of income from pass-throughs. Nonetheless, the net impact of the TCJA was to shrink the tax bias between corporate and noncorporate income.

Unfortunately, the Biden proposal would reverse these improvements. Raising the corporate rate to 28 percent would make forming a business as a pass-through more advantageous than as a C corporation. Additionally, higher tax rates generally increase the incentives for firms and individuals to engage in tax evasion. Under a higher rate, the return for each dollar of income not reported is higher.

Tax reform should be about creating a simpler and more pro-growth tax code, especially given that simpler tax codes tend to be easier to enforce. If Biden wants to reduce tax evasion, raising the corporate rate, increasing the incentives to engage in tax evasion, and creating a larger tax advantage to becoming a pass-through business is counterproductive.