President Joe Biden’s American Family Plan will likely include a large increase in the top federal tax rate on long-term capital gains and qualified dividends, from 23.8 percent today to 39.6 percent for higher earners. When including the net investment income tax, the top federal rate on capital gains would be 43.4 percent. Rates would be even higher in many U.S. states due to state and local capital gains taxes, leading to a combined average rate of 48 percent compared to about 29 percent under current law.

A high combined capital gains tax rate would influence when taxpayers decide to sell assets and realize the gain. If the effect is large enough, federal revenue from capital gains income would decline because taxpayers have decided to avoid realizing gains and the higher tax rate. 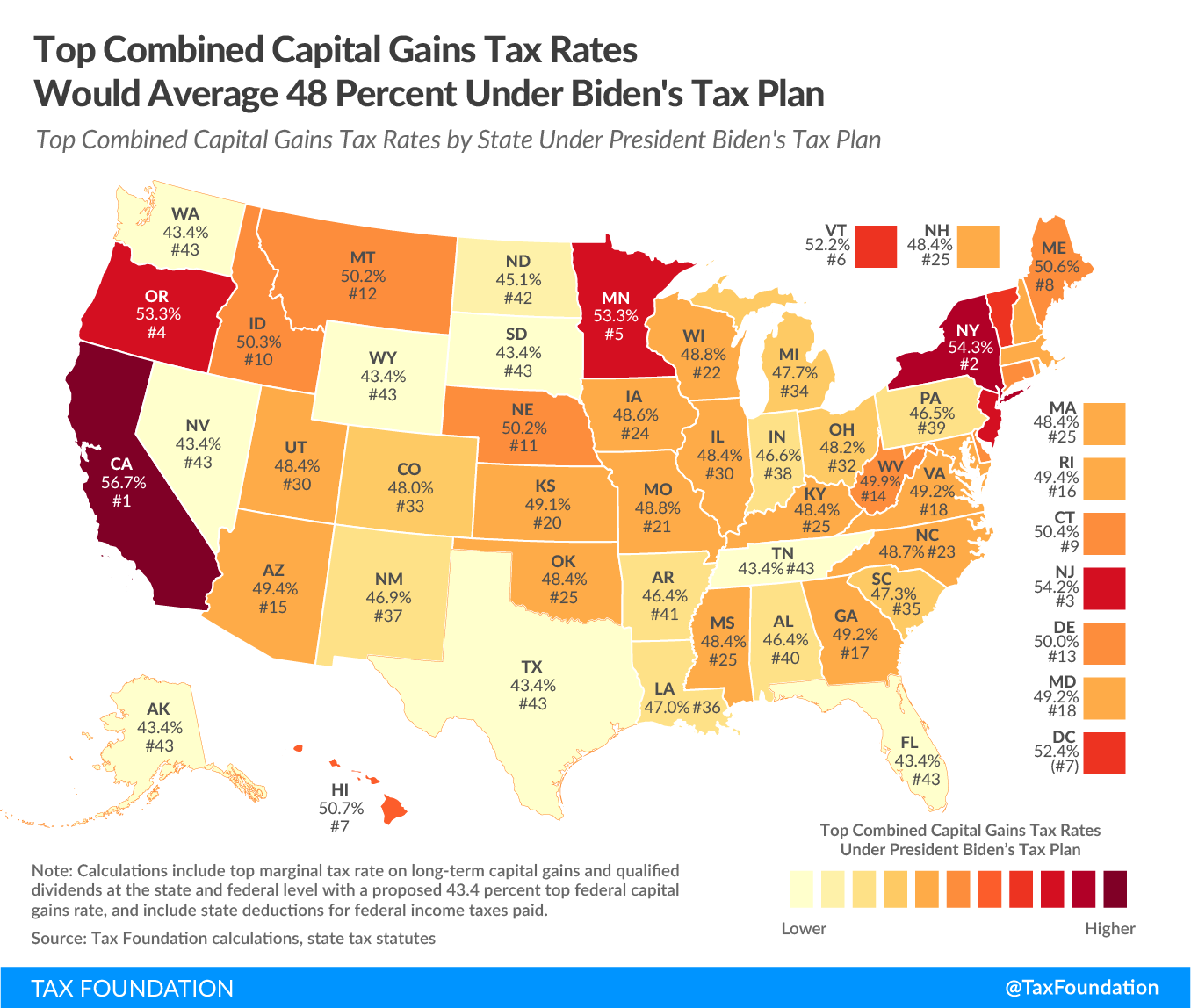 Using the Tax Foundation General Equilibrium Model, we find that raising the top capital gains tax rate to 39.6 percent for those earning over $1 million would reduce long-run GDP by about 0.1 percent and reduce federal revenue by about $124 billion over 10 years.

Errata: This piece has been updated to include the effect of state tax exclusions and deductions for capital gains.