The Joint Committee on Taxation (JCT) recently released data on taxes paid at various levels of income, indicating the federal tax system is progressive, consistent with similar analysis by the Congressional Budget Office (CBO), and the Organisation for Economic Co-operation and Development (OECD).

The income tax is the most progressive aspect of the federal tax system, providing an effective tax rate of -2 percent for the bottom 50 percent of earners. The tax rate is negative for this group because they receive more benefits through refundable tax credits, such as the Earned Income Tax Credit (EITC) and Child Tax Credit (CTC), than they pay in tax. By contrast, the top 0.01 percent faces a 29.5 percent effective average federal income tax rate. 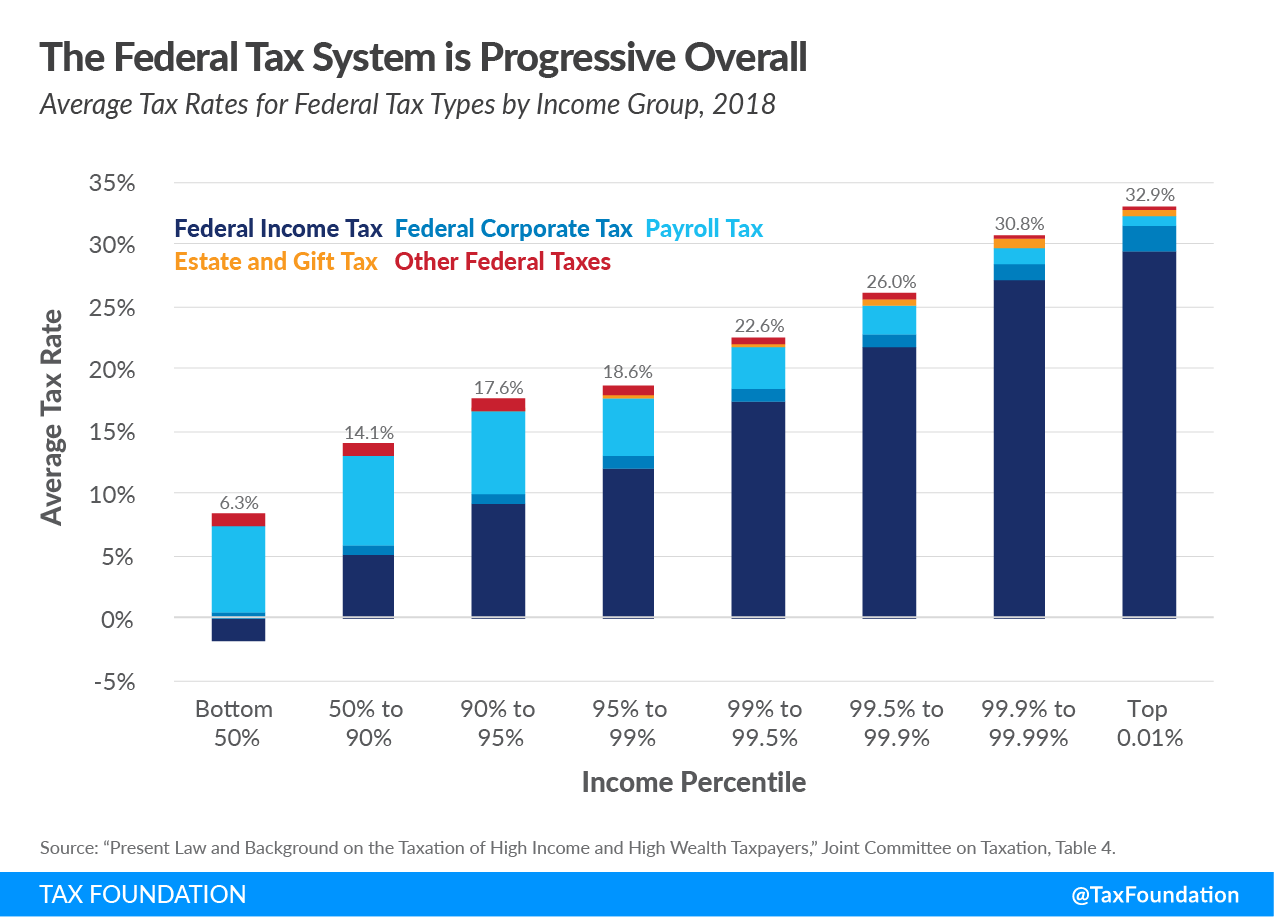 Payroll taxes supporting Social Security and Medicare are regressive, as lower-income groups face higher average rates. The bottom 50 percent faces a 6.8 percent average payroll tax rate, while the top 0.01 percent’s average rate is just 0.08 percent. This is partly due to the wage cap on the 12.4 percent Social Security payroll tax, which is levied on wages up to $142,800. Overall, however, the progressivity of the income tax more than offsets the regressivity of the payroll tax.

The JCT’s analysis does not include state and local taxes, which tend to be less progressive than taxes at the federal level. However, other analysis includes state and local taxes and finds the overall tax system is still progressive. Before policymakers consider options to change the federal tax code, it is important to keep in mind the progressivity of the code as it currently exists.